Climate change is emerging as a potent driver of internal migration, in Tanzania we are experiencing rising sea levels that led to more intense rainy seasons resulting to flooding in the coastal areas.

There’s estimated to be 6.3 billion metric tons of plastic waste on Earth. By the middle of this century ton for ton, they’ll be more plastic in the ocean than fish. While most of the micro-plastic collects or is peppered throughout the surface, a study probing creatures from the deepest parts of the ocean found that many if not most of the organisms there had ingested plastic. Potential effects of climate change and rising sea surface
temperatures in the Indian Ocean coral bleaching has also led to reduced coral cover in most reefs of the country, with mortalities of up to 90% in many shallow areas.Life under land is critical to the global ecosystem. 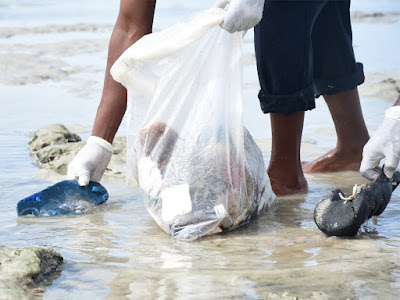 and preservation of the precious land and marine biodiversity and climate adaptation strategies to mitigate the impacts of climate change which are already being experienced in this part of the world particularly seen in the rising sea levels. We are excited to take on this humbling challenge and encourage you to join us by supporting our mission by supporting our clean up activities and donating to construct flood proofing structures along the Indian Ocean Coastline. 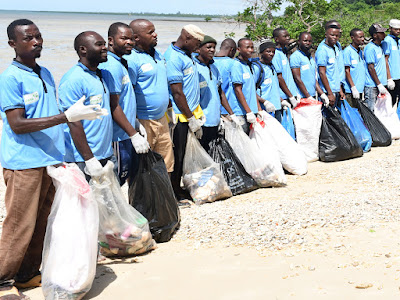 Posted by Mount Kilimanjaro Porter Society at 1:48 AM 1 comment: